How to avoid the great resignation

How to Avoid the Great Resignation 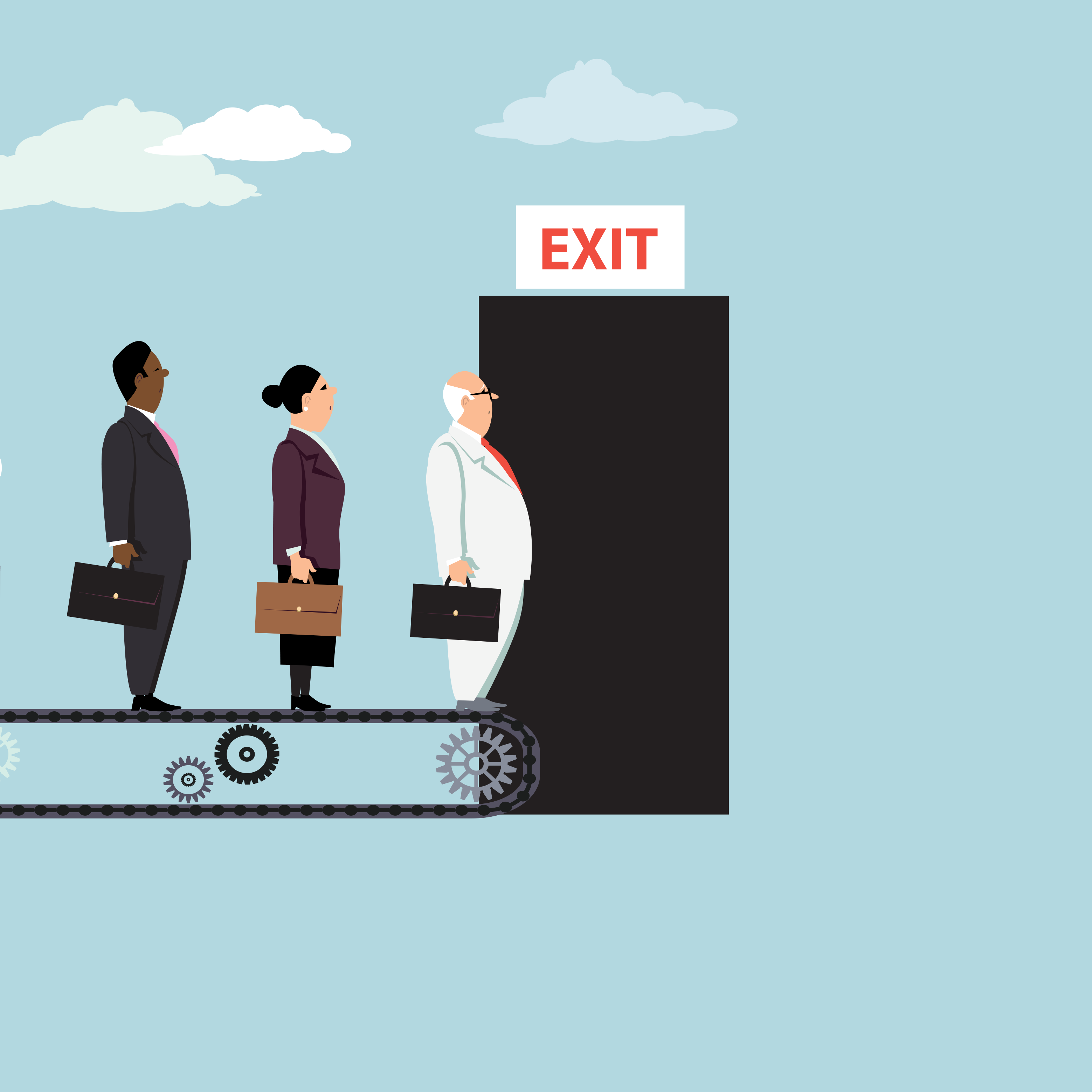 The Great Resignation, dubbed by workplace experts as a “talent retention crisis,” has many people scratching their heads. Although job loyalty may be a “thing of the past,” it is not just about money, Covid-19, or relocating. The Great Resignation is a sign of an American mental health crisis that may last for years. Here are some tips to combat this crisis and save your job.

Job loyalty may be a “thing of the past”

Until recently, job loyalty was expected to last a lifetime. Employers would provide career advancement and job security in exchange for employee commitment. Today, however, employers are under pressure from various stakeholders, and a large part of the workforce is being laid off. Job loyalty may be a thing of the past, as younger workers and millennials are not as committed to their jobs as their older counterparts.

Despite the enduring recession, lack of employee loyalty is still a major problem. Many people have no intention of remaining in their jobs for long periods of time. The number of employees who are willing to wait years to receive promotion or a raise is rapidly decreasing. Furthermore, companies that are focused on short-term growth and profitability are more likely to treat employees as resources than people. Job loyalty may be a “thing of the past” in a short time.

With pressure to achieve targets, employers are putting increased pressure on employees to perform at an even higher level. It is necessary to cut costs and staff to remain competitive. This attitude is not only detrimental to the company’s brand in the labour market but also to future recruitment. According to the Chartered Institute of Personnel and Development, 80 per cent of UK organisations are experiencing difficulty recruiting. In the meantime, fifteen per cent of organisations are targeting migrants from new EU countries.

It’s not just about money

A recent survey of 2,000 American adults shows that one in five people regret their decision to quit their jobs. While the survey was based on data from January, the quit rates were highest in the accommodations, food service, and retail sectors. These are jobs that require physical contact with customers, so they may be more susceptible to the Great Resignation than people in other fields. However, even if a person leaves a job for less money, it might be possible to find better working conditions.

In addition to the Great Resignation being about money, another factor contributing to the Great Resignation is a change in mindset. In today’s labor market, 60% of executives are worried about employee turnover. Therefore, it is important to understand what contributes to this issue so that you can develop responses to stem it. Those who provide flexibility and options in work settings are more likely to retain a talented workforce.

It’s not just about Covid-19

What is The Great Resignation? It’s a mass exodus of people from their jobs for a number of reasons, including COVID-19 health concerns, laziness, government stimulus, and vaccine mandates. In the midst of these reasons, Republicans seized on the mass exodus as socialist evidence. Consequently, the government imposed mask mandates and slashed early unemployment benefits.

The Great Resignation was sparked by a number of factors, and the U.S. Bureau of Labor Statistics has estimated that 47 million Americans will quit their jobs by 2021. A shortage of workers can be seen everywhere, from dentist offices to gas stations. Because they cannot find enough replacements to fill their positions, these companies are reducing hours. The Great Resignation is upending the relationship between workers and the labor market, and companies need to address these issues now.

It’s not just about relocating

The disruption caused by the COVID-19 pandemic and the shift in work culture has prompted a massive mass exodus of knowledge workers. As a result, job openings in the U.S. have reached record highs. The Labor Department reports an additional 11 million job openings in October, but many employers have had trouble filling the positions. This has prompted a major shift in work habits, as many people have opted to take their careers and leave the daily commute.

The Great Resignation is a period of change. Relocating to another area or changing careers has many benefits. It helps to free up time for family, improves health, and reduces stress. It can also help you start a new business or take on a new career, or allow you to make a positive impact on your community. However, it is important to remember that the Great Resignation should not be treated as a negative experience.

Relocation is not the only factor contributing to the Great Resignation. While it may be tempting to quit a job and relocate to another, recent studies have shown that most people are not actually happy with the new location. Relocation has become a less desirable option for many people. Moreover, the rate of relocation among older workers has decreased. The rate of relocation in 2021 was the lowest in 70 years.

The Great Resignation phenomenon has impacted industries and markets across the world, disrupting companies and affecting all of its stakeholders. Workers who quit run the risk of reduced productivity, higher costs of recruiting new talent, and decreased chances of survival for an organization. Those who stay put face increased workload, increased stress, and decreased commitment or withdrawal. And some opt for voluntary exits. Let’s take a closer look at the Great Resignation phenomenon.

In fact, the number of Americans quitting their jobs has risen since the late 1980s, when the economic crisis struck the United States. Back then, many people clung to a crappy job out of fear that their safety net wouldn’t protect them when they left to find a new one. But now, Americans are fed up with sticking it out. While this may seem like bad news for employers, the trend has been good news for low-wage workers. Wages in these sectors have increased at the fastest rate since the Great Recession.

As a result of the Great Resignation, employers may need to raise wages, increase benefits, and offer more flexibility in order to retain their in-person workforce. According to BLS data, nearly 3% of the US workforce quit their jobs in October, following a record-high of 721,000 in September. Other reasons for people to quit their jobs include early retirement, sabbaticals, and caring responsibilities.

Some observers, however, argue that the term “Great Resignation” is overblown. According to Dr. Ben Hamer, chief human resources officer at PwC, the rate of resignations in the last year has not exceeded the rate in February of 2021, a period when job-switching behaviour was at an all-time low. He believes this is the calm before the storm. In any case, the term “Great Resignation” may be overrated.

In the US, 4.2 million people quit their jobs in October, almost 3% of the population. In the UK, 400,000 people left their jobs in the third quarter of 2015. The numbers are high – employers are responding to the threat of even more departures. The 4.4 million figure is low, but the narrative surrounding this phenomenon has focused on workers who have become burned-out and are demanding better conditions. This may be a mistake, says Maznevski.

A recent survey revealed that one in five executives believed that “nobody wants to work” and that it is a “shortcoming” or a bad trend. Many executives cite this statistic as evidence of disdain for the workforce. Ultimately, this disdain will manifest itself in poor treatment and negative incentive structures. Rather than calling it a “Great Resignation”, it’s time to reassess our assumptions about the workforce and refocus on what actually motivates people to stay and perform well.

A career in the insurance industry 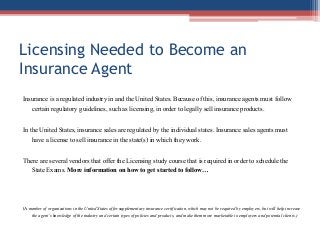 A career in insurance offers many advantages and benefits, but before you take the leap, you should learn more about what it entails. Read on to learn about the education required, average salary, and job outlook. You’ll be well-equipped to make an informed decision about your future. Whether you’d like to be your own boss or simply earn a living from writing policies for others, a career in insurance may be right for you.

Benefits of a career in insurance

A career in insurance has many advantages. For starters, earning potential is high, with some insurance agents making six figures and others struggling to make ends meet. Learning the business is also not difficult; most people can complete state licensing exams in a few months, and start working in the field immediately. Moreover, once you have your license, you can start looking for insurance agency jobs and generating income immediately.

Another benefit is freedom of schedule and flexibility. Since insurance agents are independent contractors, they can choose their hours and even work from home. Many agents report a work-life balance that includes plenty of leisure time. In fact, 20% of insurance agents worked more than 40 hours per week in 2012! Working from home means less travel, so you can enjoy your time off when you want to. You can enjoy a vacation or go on a day trip with your family and friends.

An education required for a career as a license insurer agent isn’t necessarily a college degree. While many agencies prefer to hire individuals with bachelor’s degrees, those without higher education can still apply for the job. College courses in business, economics, or finance can be useful in gaining experience in the insurance industry. Further, it is important to note that continuing education is necessary to stay abreast of changes in tax laws and government benefit programs.

After obtaining a license to sell insurance, individuals can begin working as agents. They must be at least 18 years of age and complete prelicensing education. This education varies by state, but is usually around two to three days long. After completing their training, they must pass the state insurance licensing exam. An insurance exam preparation package can help them ace the test. The education required for a career as a license insurance agent depends on the state.

The average salary for a Licensed Insurance Agent ranges between $43,176 and $51,309 per year. Salary ranges for this position can vary widely depending on the skills and experience of the insurance agent. According to ZipRecruiter, salaries for Licensed Insurance Agents in the San Francisco area are between 89.7% and 106.6 percent higher than the national average. ZipRecruiter calculates salaries from job postings and data collected from third-party sources, including ADP.

A career as an insurance agent can be lucrative and fulfilling. However, there are many important factors that you should consider when determining the average salary. The first consideration is education. While a college education isn’t required, it is helpful if you are passionate about helping people. A graduate degree can increase your chances of earning a higher salary. By obtaining a master’s degree, you can increase your chances of securing a higher paying job.

If you’re interested in a career in insurance, the job outlook as a license insurance agent is great. The insurance industry is a vital one that affects almost every individual in the country. In fact, it is rare to meet a person without insurance coverage. The job outlook is positive for those who have the right education and sales experience. There’s plenty of room for growth in this industry. Listed below are the key areas you can concentrate your efforts and develop your professional skills.

Depending on your experience and education, an insurance agent’s job duties will vary, but a general overview of the profession is given. There are two main types of insurance agents: captive agents and independent agents. The former work for one specific insurance company and sell their product, while the latter sell products from a variety of companies. The last option requires a high school diploma and may require additional education. Many insurance agents choose the latter path, but it’s not for everyone.